Once we came under conviction of sin. We were in the world and belonged to the realm of the ungodly, but through the sovereign revelation of the Lord we saw ourselves as sinners in His sight. The unveiling of Christ as the Savior of all mankind was a revelation to our darkened hearts. To attain the salvation, which is in Him, we repented of all things of which we were convicted and found rest and peace in Him. We sang the songs of praise and thanksgiving, rejoicing in our new-found joy. Peace like a river attended our way. We sang of happy rest, of joy-bells ringing in our hearts, and of the blessed assurance we had. The songs of redemption echoed among the thousand corridors of our beings and we were always willing to tell of the change that had been wrought since Jesus came into our hearts.

It was not long, however, before revelation and conviction followed again and again. We heard of a Baptism of the Holy Spirit and we met its higher demands that we might receive its cleansing fire. Various demands of sanctification were made of us and we responded with repentance to the conviction they brought us. On and on God has led us throughout our lives bringing light upon light and conviction upon conviction. Repentance followed repentance always consummating in greater victory and greater freedom in Him. 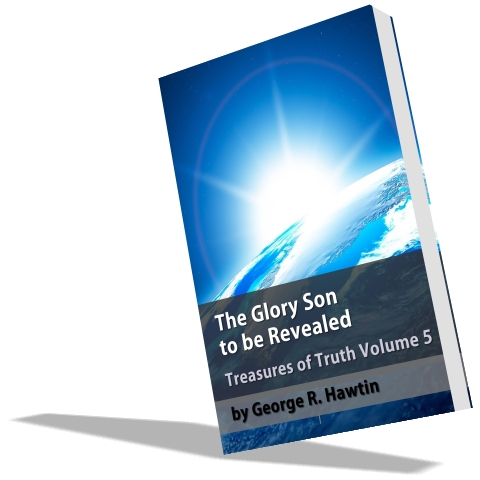 Treasures of Truth Volume 5 Free Edition - PDF eBook
Treasures of Truth Volume 5 - 80 Page PDF eBook by George R Hawtin - Widely acknowledged as a “father of the latter rain movement,” along with his brothers Ernest and Phillip, George Hawtin was a popular teacher and expositor, traveling and teaching Bible Truth both near and far. Whereas the “early rain” was acknowledged to be the great and miraculous outpouring of the Holy Spirit on the day of Pentecost, as described so vividly in the second chapter of the Acts of the Apostles, there was another great outpouring and awakening which occurred in the early 1900’s in the United States, with the major centres being Topeka, Kansas and Los Angeles, California. - THIS IS A DIGITAL PRODUCT ONLY.