After many years working as a mariner and sea captain I now serve as a Co-Elder in a Church family situated in Central Victorian highlands of Australia. Whilst working as a mariner I took one of the very early laptops to sea with me to understand the technological change that was coming to communication. There are many areas in internet technology in which one can be come proficient. Not having the opportunity to be taught coding at school, I began tinkering with early web design software as a hobby. I built a personal website and before long local businesses in the area approached me to build websites for them. This grew over a five year period to the point where I recognised the potential to have a post maritime career.

Due to demand I created my own domain name registration and web hosting company, Kanga Hosting Australia, which became my avenue to retire from a lengthy maritime career. I owned and managed Kanga Hosting Australia for many years before selling it. During this time I moved to Broome Western Australia and lectured in Maritime studies at the local technical and further education college (TAFE), managing both tasks at the same time honed my skills in IT.

Whilst in Broome I was approached to minister at an international conference of church leaders. This was the beginning of a new relationship with an international apostolic family who had a deeper understanding about purpose and  Kingdom of God as Jesus preached.
As part of this international Apostolic family now, I travel the world both ministering and recording the Gospel of the Kingdom that the spiritual family carries. Part of my mandate is to distribute this message to disciples through out the world using internet age (the clay in the book of Daniel) as the medium. This “Apostolic Kingdom Fathering Age” the church now finds itself in, is transmitted in both audio and video via our Members Area to all who have ears to hear.
PS. I am still tinkering….!

We would like to thank the Lord for the Emmanuel Ministries International household of faith in whom we are apart. 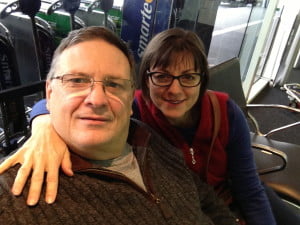 Although Bill Britton, George H. Warnock and others were never on the internet. We realised some time ago that their writings were not available for certain devices in certain formats. Our goal is to keep their writings available in their original text here on this site so to have the broadest accessibility across various devices and format. We basically did not want these writings lost in to the digital age.

Some eBooks on this website are at at small cost, mostly from friends in the ministry who wanted their work published in various formats such as PDF, Amazon paper back and Kindle.

Over the years we have attended some specific meetings teachings about the Kingdom Age that we did not want to loose. Many ministry partners made their recordings available and wanted us to record. We make those recordings available to others here at Lampstand Communication.

Psalm 25: 14 The secret of the Lord is with them that fear him; and he will shew them his covenant. (KJV)

Isaiah 11: 2 And the spirit of the Lord shall rest upon him, the spirit of wisdom and understanding, the spirit of counsel and might, the spirit of knowledge and of the fear of the Lord; 3 And shall make him of quick understanding in the fear of the Lord: and he shall not judge after the sight of his eyes, neither reprove after the hearing of his ears: 4 But with righteousness shall he judge the poor, and reprove with equity for the meek of the earth: and he shall smite the earth: with the rod of his mouth, and with the breath of his lips shall he slay the wicked. 5 And righteousness shall be the girdle of his loins, and faithfulness the girdle of his reins.

Our website is made possible by displaying online advertisements to our visitors. Please consider supporting us by disabling your ad blocker.