The Apostolic Anointing by Santiago Lastra Morales of Mexico – ISBN: 978-1-792987984 : The Lord has said, through His prophets, that He is going to raise up a multitude of apostles throughout the entire world, supported completely by His Spirit

So that the multitudes may come and enter His courts with joyful singing, that they might have access to the Most Holy Place through worship.
The Apostolic Anointing, Today the Holy Spirit is doing what Jesus did when He began His ministry: Identifying those who were to be His disciples and choosing those that He wanted.
Jesus – limited by His human nature – only called as many disciples as he needed at that time; but now Jesus Christ, through His Holy Spirit, without any human limitation, is identifying and choosing those He wants throughout the world, in order to Teach them, Disciple them, Give them power and Send them out to fulfil the Great Commission that the first apostles began.

BUY “THE APOSTOLIC ANOINTING” CHOOSE YOUR VERSION BELOW 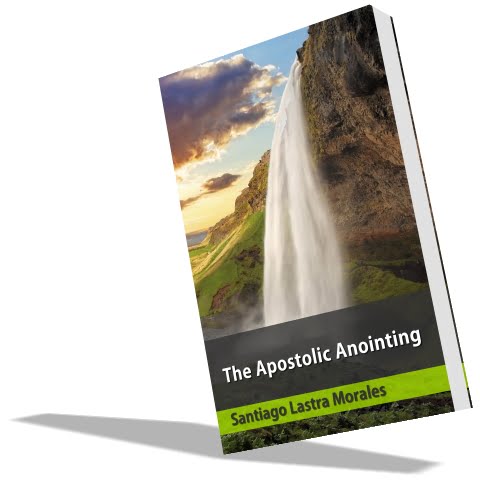