Famine in the Land

Famine in the Land by Bill Britton: On a dirt road in the middle of a wide field stood a beautiful carriage, something on the order of a stagecoach, but all edged in gold, and with beautiful carvings. It was pulled by six large chestnut horses, two in the lead, two in the middle and two in the rear. But they were not moving, they were not pulling the carriage, and I wondered why. Then I saw the driver underneath the carriage, on the ground on his back, just behind the last two horses’ heels, working on something between the front wheels of the carriage. I thought, “My, he is in a dangerous place; for if one of those horses kicked or stepped back, they could kill him, or if they decided to go forward, or got frightened somehow, they would pull the carriage right over him.” But he didn’t seem afraid, for he knew that those horses were disciplined and would not move till he told them to move. The horses were not stamping their feet nor acting restless, and though there were bells on their feet, the bells were not tinkling. There were pom-poms on their harness over their heads, but the pom-poms were not moving. They were simply standing still and quiet, waiting for the voice of the Master.

Plenty in the Time of Famine
For in the hour when famine sweeps the land, He shall feed by His own hand those who are submitted to His perfect will, and who dwell in the secret place of the Most High. When terror stalks the land, those in His harness hall not be afraid, for they shall feel His bit and bridle and know the guidance of His Spirit. When others are weak and frail and fearful, there shall be those who shall be strong in the power of His might, and shall lack for no good thing. In the hour when the traditions of the religious systems have proven false, and their streams have dried up, then His Chosen ones shall speak forth with the true Word of the Lord. So rejoice, Sons of God, that you have been chosen by His grace for this great work in this last hour.
The fence which kept the colts in their own meadows and their own pastures mean nothing to the team in the harness, for the gates open to them, and they go forth pulling the king’s carriage into many strange and wonderful places. They do not stop to eat the poison weeds of sin, for they feed only in the Master’s stable. These fields they trample under their feet as they go forth on the King’s business. And so to those who are brought into absolute subjection to His will, there is no Law. For they move in the Grace of God, led only by His Spirit where all things are lawful but not all things are expedient. This is a dangerous realm for the undisciplined, and many have perished in sin as they leaped over the fence without His harness and His bridle. Some have though of themselves as being completely harnessed and submissive to Him, only to find that in some avenue of their life there dwelled rebellion and self-will. Let us wait before Him until He puts His noose around us and draws us to His place of training.
And let us learn of the dealings of God and the movings of His Spirit until at last we feel His harness drop about us, and hear His voice guiding us. Then there is safety from the traps and pitfalls of sin, and then shall we abide in His house forever! 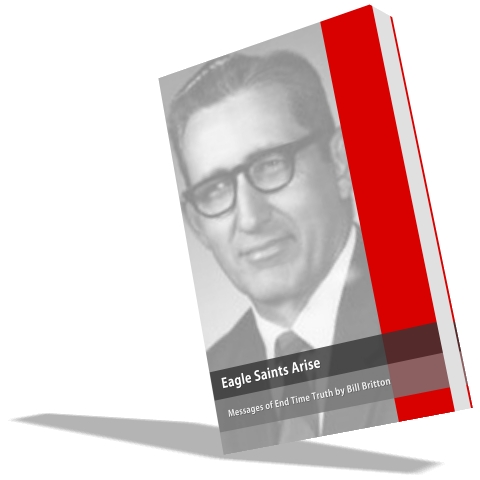 Eagle Saints Arise - PDF eBook
Free eBook - Eagle Saints Arise by Bill Brittton - The chapters of this book are a series of messages written and published in single booklet form in earlier days of this writing ministry, mostly in the 1960s. Don't be fooled by the simple titles and the familiar subjects of this book. There are truths revealed here that are not generally preached or written about. Using simple illustrations as Eagles, chickens, horses, and the lives of Old Testament men of God, the Holy Spirit has brought forth some profound truths concerning the Body of Christ and for the Sons of God in these current days. These things are vitally important to you. - THIS IS A DIGITAL PRODUCT ONLY.

Famine in the Land